Jackie Rhodes studies the intersections of rhetoric, materiality, and technology, and has had her work published in journals such as College Composition & Communication, College English, Computers & Composition, enculturation, JAC, and Rhetoric Review. Her co-authored and co-edited books have won a number of awards, including the 2014 CCCC Outstanding Book Award (for On Multimodality) and the 2015 Computers & Composition Distinguished Book Award (for On Multimodality); the 2016 CCCC Lavender Rhetorics Award for Excellence in Queer Scholarship (for Techne); and others. She is currently the editor of the international journal Rhetoric Society Quarterly. She is also a filmmaker; her documentary “Once a Fury,” which profiles the members of a 1970s lesbian separatist collective, is currently in festivals and streaming distribution. Over the course of her career, she has taught undergraduate and graduate courses in rhetorical theory and history, multimodal composition, writing pedagogy, and LGBTQ+ studies.

Alice Batt is a graduate of UT’s English Department (MA, ’91; Ph.D. ’96), a former UWC consultant, and a long-time lecturer for the Department of Rhetoric & Writing. As assistant director Alice supervises the administrative staff and student staff, teaches RHE368C: Writing Center Internship, and represents the UWC to departments and units across UT. Her research interests include disability studies (particularly in relation to writing center work) and collaborations between libraries and writing centers. She is past president of the South Central Writing Centers Association, a frequent presenter at the International Writing Centers Association Conference, and the proud parent of two currently enrolled Longhorns.

Michele Solberg handles all the business elements of the UWC – budgets, appointments, work schedules, and payroll. An accomplished singer-songwriter, Michele has produced 7 CDs, the latest of which is Harvest Time. She has received numerous honors from the Austin Music Awards (1992-1995), and a Nonny Award from Greenlights for Nonprofits (2007) for her production of Christopher House Songs (2006). She lives in South Austin with her daughter, husband and a cat named Steve.

Laura Tarrant received their BA from UT in 2020 and majored in Rhetoric and Writing and Classical Languages. They also completed an honors thesis in the Department of Rhetoric and Writing analyzing the rhetoric of self help and prosperity gospel. While a student, they worked in the UWC as an undergraduate consultant, front desk associate, and data team member. Now graduated, Laura has returned to the UWC to work as the Administrative Associate and is responsible for managing the front desk and the UWC’s data. In their free time, Laura enjoys reading, playing video games, and going on walks with their dog, Koda. 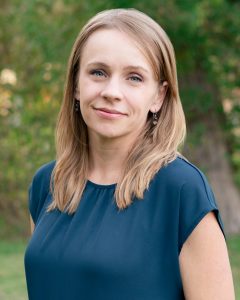 Kristin Gilger received her Ph.D. in English from the University of Virginia in 2014 and taught as a Lecturer at the University of Michigan, with appointments in the Comprehensive Studies Program, the New England Literature Program, and the Department of American Culture. As the Graduate Services Coordinator, Kristin plans all the graduate writing retreats, writing groups, and workshops, teaches the Dissertation Summer Boot Camp, and works on building a supportive writing community for graduate students across disciplines.

Listen to Kristin’s interview with Sam Torres of the podcast TX512 where she talks about her work at the UWC and the personal and professional paths that brought her to this position.

Michael Dale is a doctoral student in the department of Philosophy. His research focuses on whether the empirical findings of science can have implications for ethics, and, accordingly, has interests in ethics, moral psychology, cognitive science, and evolutionary theory. After growing up in a small town in Idaho, he earned a BA from Vassar College and an MA from Brandeis University. At the University Writing Center, he has worked as an undergraduate and graduate consultant, as well as a graduate writing group facilitator. This year, he is excited to help develop the graduate writing services program.

Andy Fischer Wright is a doctoral student in the Radio-Television-Film department studying the cultural role and impact of new media technology. Before coming to UT, Andy worked as a Writing Fellow at Pitzer College’s writing center, where he also completed an undergraduate degree in Media Studies and English & World Literature. In his copious free time, Andy enjoys homebrewing beer, playing with his two cats, and talking about how the Seattle Mariners will surely be better next season.

Carly is a PhD student in the Communication Studies Department at UT. Before coming to UT for her Master’s, she worked at the writing center at Temple University in Philadelphia, where she got her undergraduate degree in Communication Studies and Spanish. She studies interpersonal communication with a focus on social support and message effects in the health context. In her free time, Carly enjoys cooking, swimming, and searching for decent bagels in Austin.

Brie is a doctoral student in the English Department. She studies contemporary American literature and life writing. Her research focuses on autobiographical narratives related to health and disability, especially narratives by/about caretakers. Before coming to UT, she worked as a writing center consultant at the University of Michigan, where she earned her B.A. in English. When she’s not working, she’s spending time with her two dogs and showing people pictures of them without being asked.

Kaitlin is a fifth-year PhD Candidate in the Department of Spanish and Portuguese where she instructs Spanish language courses. She is beginning her fourth year working with the UWC and is excited to begin her work with Praxis. Kaitlin received her Master’s degree in Latin American Languages and Literatures at Auburn University in 2011 before instructing multilingual learners of all ages in Taipei, Taiwan. The projects closest to her heart involve Indigenous Texas groups’ fight for ancestral repatriation, queer performance acts in Latin America, and activism against the persecution of trans people in Chile. Kaitlin is honored to put her research on decolonizing practices to work at Praxis. As a multilingual learner who studies Spanish, Portuguese, Mandarin Chinese, and French, Kaitlin strives to set forth representative and inclusive practices for writing center pedagogy.

Kiara Walker is a PhD student in the Department of Rhetoric and Writing. Her research interests include political rhetoric and public discourse. Before coming to UT, she worked as a writing center consultant at Transylvania University, where she earned her B.A. in Writing, Rhetoric, and Communication. In her free time, she experiences the lives of an athlete and superhero through playing FIFA and Spider-Man video games.

Laura Gauggel is a PhD candidate in the English Department. In her doctoral studies, Laura focuses on drama and musical theatre. She currently researches race and ethnicity in revivals of musicals. Before studying at UT Austin, she earned bachelor’s degrees in English and International Studies from Louisiana State University. Then she received her master’s degree in English from UT. Aside from her love of musicals, Laura’s interests include creative writing, science fiction, fantasy, and dogs.

Jack received his BSA from UT in 2021 and majored in Human Development and Family Sciences. Throughout undergrad he aided doctoral research projects in developmental psychology and clinical sexual psychophysiology labs. He is currently a first year social work and public health masters student intending on becoming a licensed clinical social worker and researcher . While in undergrad, he worked in the UWC as an undergraduate consultant and data team member. Jack has returned to the UWC to work as Presentations Co-Coordinator. In his free time Jack enjoys reading, playing video games and exploring Austin’s hiking trails.

Aruna Kharod is a PhD candidate in the Ethnomusicology department, where she studies how political and socioeconomic changes affect India’s sitar-making industry. Aruna enjoys applying her background in South Asian Studies and languages (BA, UT Austin) to her work as a performing artist, educator, and researcher. Drawing on her experience as part of her department’s anti-racism committee, Aruna is passionate about deepening this work at the UWC as it aims to welcome and support writers of all backgrounds. She is excited to rejoin the UWC as a graduate student after working here as an undergraduate, and loves to cook and spend time in nature.

Omar is a fourth-year undergrad double-majoring in Chemical Engineering and Rhetoric & Writing. He focuses on engineering research and technical writing, previously being a researcher in the Laboratory for Cellular and Metabolic Engineering for four semesters and interning at National Instruments as a technical writer. He is currently helping develop technical writing education at UT, working in both the UWC and the School of Engineering. Omar is currently serving as the president of the UT Judo club, and his other passions include Brazilian Jiu-Jitsu, piano, swing dance, cooking, and spending time with his parrot Atlas whom he loves very much.

Lucia Delgado is a third-year undergraduate student in the College of Liberal Arts. She is currently studying English, Classical Civilizations, and Creative Writing. Having been raised in a multilingual household, Lucia has a passion for learning languages and hopes to one day become a fully-fledged polyglot. In her free time, she enjoys reading, cooking, and spending time with her cat, Rory Scott Fitzgerald.